When dealing with breast cancer, decisions are deeply personal and individual. I remember being shell-shocked and overwhelmed in the aftermath of my initial diagnosis, and I found myself sitting in the office of a plastic surgeon wondering what on earth I was doing there. How strange it was to be talking about appearances when I wasn't even sure the extent of my diagnosis or what treatments I would be facing.  Fortunately for me, my medical team knew more about this process than I did. My general surgeon sent me immediately to a plastic surgeon even though I was still reeling from the lumpectomy/mastectomy choice. And my plastic surgeon patiently explained what my best reconstructive options were, and then added those magic words that I really needed to hear..."but you don't have to make any decisions right now, and you don't have to do reconstruction at all, and you don't have to do it right away. You can wait a year, or five years, or more." He gave me a precious commodity in that moment...he gave me time. 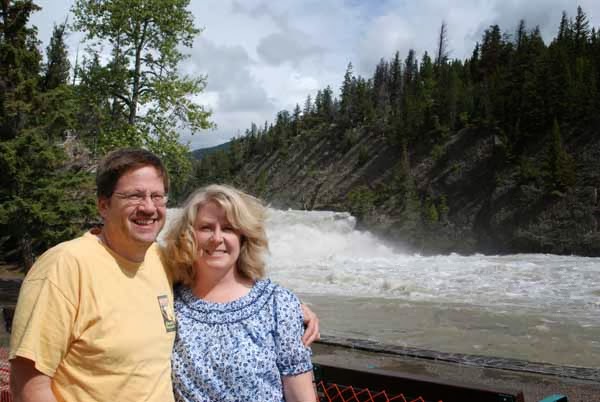 Relieved, I agreed to his recommendation to have a tissue expander as a "place holder" put in immediately during my mastectomy. Immediate reconstruction was not an option for me, as I did not know if I needed radiation treatments until the pathology results came back after surgery. I had a "skin-sparing" mastectomy at the end of July 2012. Although I know some women are quite fearful of waking up without a breast, I was happy to wake up without cancer! The advantage of a skin-sparing mastectomy is that most of your own healthy skin is retained, and the scar is minimal. I was actually pretty impressed with how good my plastic surgeon made it look. However, I did not want to face more surgeries, and was pretty sure I would take the simplest route possible as far as reconstruction went.

When my general surgeon called with the pathology results, he let me know I was getting the "kitchen sink" as far as treatments went:  chemotherapy, radiation, and herceptin.  I continued to see my plastic surgeon while waiting to get my drains removed. In light of my upcoming radiation treatments, he recommended either a LAT flap reconstruction with an implant, or an autologous DIEP flap reconstruction. The LAT flap, he explained, was a smaller commitment up front (shorter surgery, quicker recovery time, etc.), but came with a longer term commitment as I would probably need regular implant replacements throughout my life. He said the life span of an implant is typically about 10-12 years, but after radiation I would have more issues with scarring, and that time might be shortened to as few as 7 years. (A LAT flap reconstruction uses your latissimus dorsi muscle to wrap the implant and protect it from scarring.) The DIEP flap, on the other hand, was a bigger commitment up front (longer surgery, longer recovery, etc.) but is considered a lifetime solution for breast reconstruction. My surgeon said he would not do any surgery until at least 6 months after radiation, again giving me plenty of time to make a decision.

During chemotherapy, I saw my plastic surgeon regularly (more frequently than my oncologist!) for "fills" of my tissue expander. He was great to work around the days when I felt worst during chemo, and always assured me we could slow the expansion rate if I so desired. He completed the expansions before my radiation treatments started. Why not do reconstruction before radiation? Radiation damages tissue. It damages skin, blood vessels, and more, and the effects continue for years. Two of my doctors called it "the gift that keeps on giving." My plastic surgeon said he was not going to put healthy tissue from either type of flap reconstruction in my chest only to have it radiated. Instead, he would wait until my body recovered from the immediate effects of the treatments. I wasn't ready to make a reconstruction choice anyway, so that was fine with me.

Chemotherapy changed my outlook. After chemo, I was certain of two things:  one, I hated my tissue expander and did not want an implant, and two, I could handle anything...nothing seemed scary anymore. I saw my plastic surgeon shortly after completing radiation treatments. My radiation oncologist said the effects on my skin were about average, and he was actually pretty pleased with how well my body had tolerated the treatments. My plastic surgeon, on the other hand, said "That skin is still quite pink!" I guess it is all a matter of perspective. We talked about reconstruction again, and he told me to see him about 2 months before I wanted reconstruction, and I went home to heal.

Meanwhile, being a slightly compulsive person, I began researching. I watched a condensed version of my surgery on "OR Live" (not for the squeamish!), and I actually found that to be greatly reassuring. Unlike my own delayed reconstruction, this one was an immediate reconstruction, but I still found watching the microsurgery procedure fascinating.

After a time out for a broken ankle, a surgery to repair it, and physical therapy,  I saw my plastic surgeon again. He did another fill on my tissue expander.  Radiated skin, he explained, may look healthy, but it is not. By stressing the skin with another fill, he gave it a chance to heal and start responding more normally. I was surprised to see how my post-radiation skin reacted to this expansion. It became slightly pink again in the radiated field, and it was very itchy. After about a week, things calmed down and went back to normal, but now I could literally see what my plastic surgeon was talking about.

He ordered a CT scan for me, and I went and had the scan with contrast at a local hospital. This would allow him to see the blood vessels in my chest and abdomen. A DIEP flap reconstruction takes fat and skin from your abdomen, and transfers it to your chest. Blood vessels from the flap are attached to blood vessels in the chest during microsurgery. It is a delicate procedure, and adds to the length of surgery time.  At my pre-surgical consult, he showed me the results of my scan, identifying blood vessels that were the best candidates. He said once in surgery, they would confirm which blood vessels to use by a visual inspection as well as by using the CT scan.

Some things to remember when choosing a surgeon for your DIEP flap reconstruction:
Plastic surgeons have to undergo further training in microsurgery in order to do a DIEP flap. It is recommended that any surgeon you choose has performed many (100-200) flap procedures. It is also recommended that you have a scan of your blood vessels prior to surgery, and that two surgeons perform the surgery.  Do get recommendations from your medical team. Do look at before and after pictures of their work.

My surgeon has coordinated to do my surgery with another microsurgeon he has worked with many times before. I asked him who would be doing what during my surgery. He said he would work on my abdominal flap and blood vessels supplying that tissue, while the other surgeon would remove the tissue expander (yay!) and access the blood vessels in my chest. Then both surgeons would work together under the microscope to connect my flap to the blood supply in my chest. After the connections are made, my surgeon will shape the transferred flap, while the other surgeon closes my abdomen. If your surgeon does not work with another surgeon, does not regularly do DIEP flap surgeries, or says he will give you either a DIEP flap OR a TRAM flap, you might want to get another opinion.

While this is a major surgery, the success rate is extremely high. Most surgeons boast at least a 97% success rate. Although my surgeon reminds me that if the flap fails, it is a 100% failure for me, he does have a very high success rate. When making a decision about a DIEP flap, I think it is wise to research your doctor, ask a lot of questions, familiarize yourself with all your options, and consider what is best for you. Good luck with the decision making process! I am convinced this is the right choice for me, and now that I am a year removed from radiation, I am glad I had time to not only make the decision, but also time to work on getting physically stronger after all my cancer treatments. I think the better shape I am in going into this surgery, the better my recovery will be. Do eat right and continue to exercise right up until the day of surgery. I will let you know how it all goes!

My planned hospital stay will be as follows:
Monday - surgery
Monday night - ICU to monitor the flap
Tuesday afternoon/evening - move to a room in the hospital. On Tuesday I should also be able to begin eating, and I believe they will also get me up out of bed, either to walk, or sit in a chair.
It is a planned 3-4 day hospital stay. I will be able to shower and eat normally while still in the hospital.
I will have 3 drains (two abdominal drains, and one in the chest).

I am not planning on taking anything to the hospital the morning of surgery except my glasses. When I am moved to a room, I will make sure my husband brings me a lightweight robe, a book, chapstick, my mp3 player, my phone, and maybe slippers. I will also pack loose clothes and slip-on shoes for the ride home later that week. My surgeon said he will have me wear an abdominal binder after surgery for the first few weeks.  I am lucky to have several surgeons and a couple of different hospitals where this procedure is performed within a few miles of my home, so I don't have to worry about traveling to have this done. As more surgeons begin doing DIEP flap reconstruction, hopefully you will have options close to home as well.

Also, in case it isn't obvious, know that your surgeon will take before and after photos of you, and your surgeon will also draw on you prior to your surgery. When you wake up from your surgery, you will likely be connected to an IV, oxygen, drains, compression "stockings" on your legs, and a catheter. The general risks of surgery and anesthesia still apply for a DIEP flap reconstruction. However, I am grateful this option is available, and have heard it said that this is the "gold standard" for breast reconstruction.

FOR INFO ON MY SURGERY AND RECOVERY:
Diep Flap Surgery and Hospital Stay

Good information about DIEP flap surgery can be found at the links below:
Diep Sisters (has a list of surgeons in the U.S and Canada...good place to start if you don't have a referral from your general surgeon)
Breastcancer.org
Diep Flap - Johns Hopkins
Diep Flap in Utah